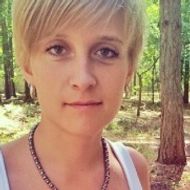 Book chapter
Gamification as a method of successful adaptation of migrants in European countries: socio-psychological and economic aspects

Why Study Emotions Across the World

Professor Gerrod Parrott from Georgetown University has come to the HSE for a brief visit to deliver a series of lectures to master’s students at the Faculty of Psychology. On October 17 he also gave a public lecture on ‘Effects of American and Russian Cultures on Emotions’. The aim of the presentation was to introduce several research topics, describe preliminary findings and explore possibilities of collaboration with Russian researchers in this field.
Research&Expertise research projects emotions psychology
October 23, 2014

Marco Colosio, M.Sc., the first foreigner PhD student in the Centre for Cognition and Decision Making, came to Moscow three weeks ago. In this brief interview Marco tells about his scientific interests, background and first impression about Moscow and CDM-Centre.
On Campus
September 03, 2014

'You can become part of a high-level education'

Anna Shpektor (research assistant in the Centre for Cognition and Decision Making and student at the Faculty of Mechanics and Mathematics at Moscow State University) this summer participated in the Yale Summer Session. She tells about her experience.
August 29, 2014

'I Try to Say Surprising Things, to Keep Students on Their Toes'

Kennon M. Sheldon is Professor of Psychological Sciences at the University of Missouri (USA), a leading expert in psychology of motivation and goals and one of the 20 most quoted psychologists in the USA. He is Academic Supervisor of the HSE’s new Laboratory of the Positive Psychology of Motivation and Personality. In an interview for the HSE English Language news service, News Editor Anna Chernyakhovskaya asked Professor Sheldon how his cooperation with the HSE began.
July 22, 2014

A new master’s programme in Applied Social Psychology is set to launch at the HSE in 2014. Nadezhda Lebedeva, Head of the programme, and Marcel Zeelenberg, Professor of Economic Psychology, and Academic Director of Tilburg Institute for Behavioral Economics Research, took turns telling us about its specifics.
March 05, 2014

A Global Look at Time: A 24-Country Study of the Equivalence of the Zimbardo Time Perspective Inventory – New publication in SAGE Open

New article "A Global Look at Time: A 24-Country Study of the Equivalence of the Zimbardo Time Perspective Inventory" by Evgeny Osin published in SAGE Open. Abstract
February 26, 2014