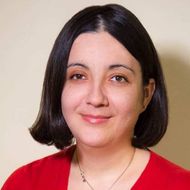 At the HSE there is much more time to think, do research and to write

John P. Round is an Associate Professor at the Faculty of Sociology and a Senior Research Fellow at the Center for Advanced Studies. We’d like to thank John who kindly shared his experience.
September 13, 2013

Entrepreneurship influences economics, social relations, and the dynamics of global development, and, of course, it needs to be studied on an interdisciplinary level. The European Summer School ‘Exploring Entrepreneurship’, of which the HSE is a founder and participant, recently took place in Thessaloniki (Greece).
September 12, 2013

We are pleased to announce that the Routledge Book “The Digital Divide: The Internet and Social Inequality in International Perspective” edited by Massimo Ragnedda and Glenn W. Muschert with the chapter of Prof. Dr. Inna F. Deviatko has now been published! Prof. Dr. Inna F. Deviatko, the scientific advisor of the “Web Survey Methodology” Research Group, has published the chapter about digital divide in Russia “Digitizing Russia: Uneven Pace of Progress toward Internet Access Equality”. Congratulations!
June 09, 2013

About the Center of Social Movement Theory

Pamela Oliver, Conway-Bascom Professor of Sociology, University of Wisconsin-Madison, USA, an expert on collective action, social movements, news coverage of protests, and racial disparities in criminal justice will give a talk "The Ethnic Dimensions: Bringing Ethnic Divisions and Conflict to the Center of Social Movement Theory" at the International Research Seminar in Sociology in the HSE on June, 5, 2013. She gave an interview to the HSE news service.
June 04, 2013

As Sociologists, We Have a Unique Perspective on the World

Shannon Davis, Ph.D., Associate Professor of the Department of Sociology and Anthropology of George Mason University (USA) is visiting Moscow this week for the seminar ‘From the Great Recession to Greater Gender Equality? Family Mobility and the Intersection of Race, Class, and Gender’ organized by the HSE Laboratory for Studies in Economic Sociology. It took place on March 19.
March 19, 2013

From April 2 – 5 the HSE, with the support of the World Bank and IMF will be holding the XIV April International Conference on Economic and Social Development. Andrey Yakovlev, deputy head of the committee, told us about the preliminary programme of the forum.
February 26, 2013

Embeddedness and beyond: do sociological theories meet economic realities?

Was released an October issue of "ESForum", dedicated to the international conference "Embeddedness and beyond: do sociological theories meet economic realities?", held at HSE 25-28 October 2012
November 02, 2012

Sociological Theories: a View on the Economy

From October 25th – 28th an international academic conference ‘Embeddedness and beyond: Do sociological theories meet economic realities?’ took place at the HSE. Here are some video interviews with conference participants.
October 28, 2012

The 7th International ‘Changing Europe’ Summer School took place at the start of August in Moscow. The event was organized by the Higher School of Economics and the University of Bremen Research Centre for East European Studies.
August 21, 2012