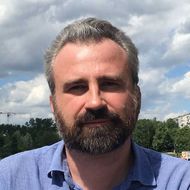 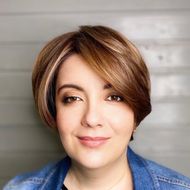 Publications
Book
Just Transition for All: A Feminist Approach for the Coal Sector

Article
Culturalizing the Nation: A Quantitative Approach to the Russkii/Rossiiskii Semantic Space in Russia’s Political Discourse
In press

Book chapter
Beyond the state and digital platforms: (In)formalization of freelance contracting in Russia

HSE Lectures for Students in Germany on Gender in Russia

On 20th and 27th May, colleagues from the HSE Department of Sociology gave lectures at the Free University of Berlin.Olga Simonova Associate Professor at the Department of General Sociology and Evgeniya Gol’man, Lecturer in General Sociology, talked to students on the Master’s programme in Eastern European studies about gender relations in Russia. Their visit to the Free University was part of the project to internationalise the Masters in Sociology in the Public Sphere and Social Communications which is supported by the Potanin Foundation.

The teachers were invited as part of the Gender in Eastern Europe, History and Present course led by Professor Katharina Blum and Professor Gertrud Pickhan. Olga Simonova talked to the students about the peculiarities of contemporary gender relations in Russia. As well as analysis based on current Russian research, she used visual information, comparing soviet and post soviet images of women.

A gender based division of roles in Russia continues in which women are the acknowledged experts in everyday living. Gender inequality is to some extent being redressed formally, but continues, particularly in daily life, and tends to be invisible, impalpable and often denied. This was the main thesis of the lecture. On the one hand, Russia is becoming more liberal. On the other, the overlap of the soviet gender order with a revival of traditional gender patterns creates additional obstacles for overcoming traditional inequality. This can be seen in the pay gap between men and women, the absence of a solution to the problem of balancing domestic chores and professional commitments for women, defeminisation of prestigious sections of society, the preservation of traditional customs in some Russian regions, etc.

Evgeniya Gol’man’s lecture was about how to make a theoretical interpretation of women’s  high level of engagement in body practices. She also talked about the results of the research she did for her dissertation on The female body: theoretical approaches and perspectives in social research. The Master’s students asked a lot of questions about gender relations in Russia and in particular about the widespread images of men, about how there are more women than men in certain professions and the general feminisation of Russian society, about the problem of alcoholism and traditional customs and soviet traditions in Russia’s gender regimes.

The lectures and discussions with students and teachers on the German Master’s program showed how fruitful and relevant cooperation and exchanging research results can be and we hope it will continue as part of the HSE and Free University of Berlin Master’s programmes. 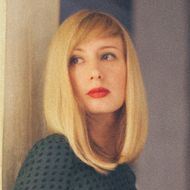 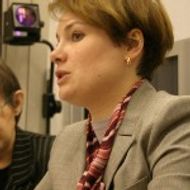