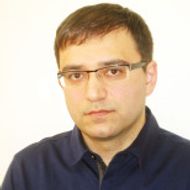 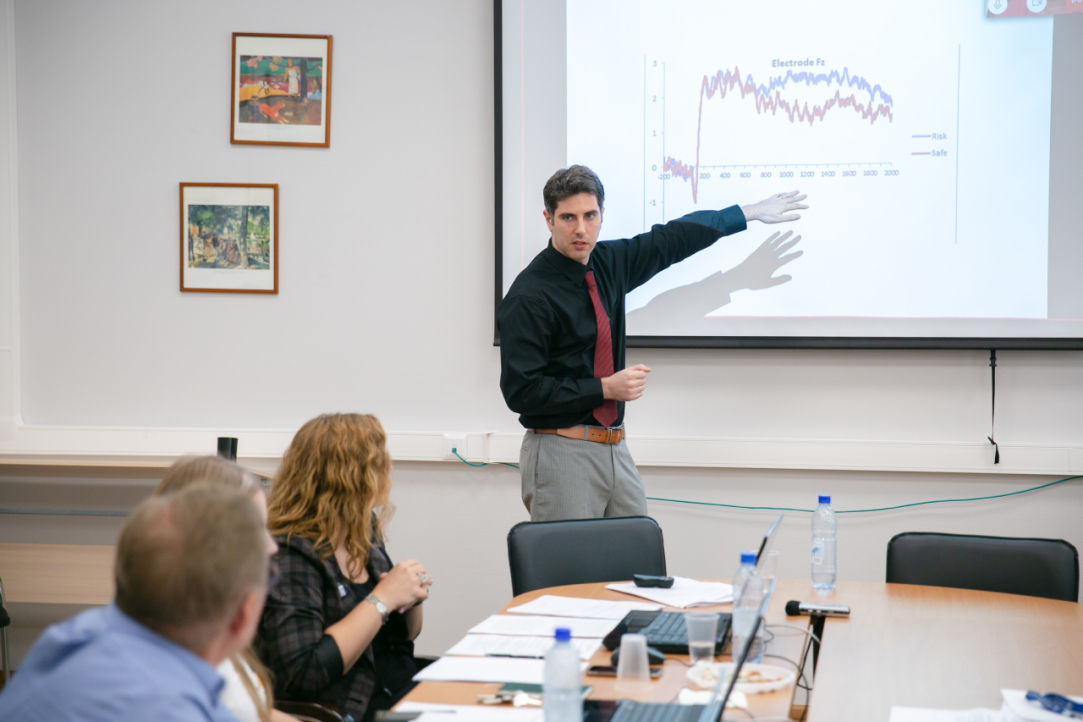 Zachary’s dissertation committee, which unanimously approved his dissertation for PhD conferment, consisted of his advisor, Vasily Klucharev, Director of the Institute of Cognitive Neuroscience, as well as professors and specialists from both HSE University and outside institutions: Maria Chumakova (Associate Professor of the School of Psychology), Peter N. C. Mohr (Freie Universitat Berlin), Elena Gorbunova (Laboratory Head of the Laboratory for the Cognitive Psychology of Digital Interface Users and Associate Professor of the School of Psychology), Yury Kropotov (professor and researcher of the Institute of the Human Brain at the Russian Academy of Science), and Alexander Latanov (Head of Department of Higher Nervous Activity, Lomonosov Moscow State University).

Zachary is the first of several international PhD students who joined the School of Psychology five years ago to defend his dissertation and earn a PhD. ‘Five years ago, we made an open international call for PhD applicants, and we accepted 3 international graduate students—Zachary came from the Netherlands, where he was finishing up his master’s degree, and we also accepted two students from Japan and Italy, respectively,’ explains Vasily Kucharev.

‘In addition to being the first international student to receive a PhD from the School of Psychology, Zachary is the first student ever to receive a PhD in the Centre of Cognition and Decision Making, where the PhD system was introduced just this year,’ says Professor Kucharev. As committee members and audience members expressed final thoughts at the close of the defense, Anna Shestakova, Director of the Centre for Cognition and Decision Making, too, noted the significance of the event, saying that the Centre could not be more pleased.

Though Zachary is the first PhD for the Centre, he is certainly not the last. ‘Next up, we’ve got a defense planned for a Russian PhD candidate, and after that we have defenses in the pipeline for PhD students from Italy, Japan, and Spain,’ notes Professor Kucharev.

The Path to HSE University

Zachary holds a bachelor’s degree in psychology from the University of Wyoming (USA) and a master’s in behavioral cognitive neuroscience from the University of Groningen (Netherlands). After earning his master’s degree from the University of Groningen, where he investigated selective attention and examined the effect of listening to music on human perception, Zachary worked in the Business Department of Iowa State University (USA). It was there that he realized he wanted to pursue a PhD. ‘I realized I didn’t want to be at a desk, crunching numbers for somebody else’s research; I wanted to be doing my own research, so I decided to go back to school and do a PhD,’ he says.

While perusing PhD admissions postings on the Federation of European Neuroscience Society website, he came across one from HSE University. ‘HSE’s posting appealed to me, because my experience with the Business Department at Iowa State got me interested in neuroeconomics as a new research angle. Up until then I had been more engaged in topics of low-level psychology—attention, perception, memory, and so on—as opposed to decision-making and more complicated things. But I had been drawn towards decision-making even before my time at Iowa, and I was interested in becoming engaged in higher-level aspects of psychology. Going to HSE seemed like a great way to pursue these interests,’ Zachary recalls. ‘And when I was invited for an interview, I felt like the programme was a good match for me; I was really impressed with Vasily Kucharev. Everything he said was sound and valid; he is like a walking dictionary.’

On Choosing a Dissertation Topic

As a musical collaborator and the author of a novella, Zachary has long been fascinated by the process of creativity. ‘I enjoy being creative, I like to create or produce something every day. When I was here in Russia, sometimes I had multiple projects going on at once and that motivated me to wake up in the morning,’ he says.

This creative impulse came in handy when it was time to develop a dissertation project. ‘When I was applying to HSE, there were 3 projects available, and I expressed my interest in one, but by the time I got here, it was already taken by a PhD student who had come before me,’ Zachary says. ‘So then I had to create a new project from scratch, because by then all the projects were taken. I decided that I wanted to focus on flexibility and rigidity since that’s kind of related to creativity. Vasily reminded me that my project needed to focus on neuroeconomics. I then started thinking: well, it makes sense that someone who is more flexible is probably more willing to take risks, and that someone who is more rigid is probably more conservative, so I thought I would give that angle a try. In the end, as the result of a lot of discussions, looking at the literature, and reporting that to Vasily and getting feedback about what direction I should take, and so on, we designed the task, which would investigate the interplay between cognitive control and risky decision-making. And, actually, there was a review paper that Vasily gave to me, which gave me the idea to use the voluntary task, the voluntary switching paradigm, which is the foundation of the task.’

Using electroencephalogram (EEG) and transcranial alternating current stimulation (tACS), our research team sought to identify a neural signature associated with risky decision making. Initially, we aimed at stimulating a network associated with risky decision making by stimulating the left and right frontal hemisphere with various frequencies. We discovered that 20 Hz stimulation applied to the left frontal hemisphere increased participants choice to select risky options. We then aimed to confirm our findings with time-frequency analysis using EEG. In this experiment, not only did we confirm the neural signature of risky decision making, it appears that 20 Hz (or beta rhythm) may account for a learning mechanism between decisions.

The resulting project Zachary conceived under Vasily Kucharev’s guidance proved successful, as the committee members all enthusiastically approved it at the defense.

Now a post-doctoral fellow with the Department of Psychology at the National University of Singapore, Zachary is currently working on a project that involves magnetic resonance imaging (MRI). ‘The MRI project I’m working on investigates decision-making based on gains and losses,’ he says. ‘For this project, we are examining how adolescents and adults complete tasks in different conditions. We give the subjects a task, and then we tell them to bring a friend. That friend watches them while they complete the task, and we watch how they change their behavior when they are being viewed by the friend—whether they take more risks or not. In addition to that, I am also doing a lot of work with meta-analysis.’

Once he completes his post-doctoral fellowship, Zachary plans to take on a research position elsewhere. Regardless of where he ends up next, he hopes to one day return to Russia. Addressing his mentors and colleagues at the close of his defense, he noted, ‘You all are my friends for life. I hope to return to Russia and see you all one day again, maybe to present my future work here.’ 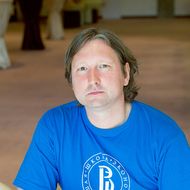 Director of the Institute of Cognitive Neuroscience 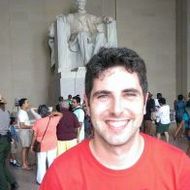