The seminar on functional role on insula in human brain took place on July 2 at Psychology department. Insula means island in Latin.  We have insula regions in our brain, one in the left and one in the right hemisphere, however they are not detached like islands.  The insular cortices connect the frontal and temporal lobes deeper in the brain.   Its functions were largely unknown until the advent of neuroimaging techniques with high spatial resolution.   Initially, the insula became know for its involvement in interoceptive processing (i.e., awareness of one’s own body).  In our research we find it to be active during working memory, executive functions, social cognition, emotional valence, and mathematical cognition.  This seminar will summarize some of this research and propose a potential generic role of the insula in mental processes.

The materials from this seminar can be downloaded by the following link:  NUG-seminar-2018-07-02.pdf 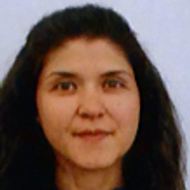