On January 25, the Faculty of Social Sciences held the first meeting of its interdisciplinary seminar 'Challenges of Social Development'. Boris Kapustin, Professor of the HSE School of Political Science gave a presentation on Interdisciplinarity as a Research and Teaching Strategy.

The chosen theme is not accidental. At the Faculty of Social Sciences, there is the Master's programme in Politics. Economics. Philosophy, whose creators treat 'interdisciplinary teaching' as an urgent practical concern.

Professor Kapustin began his speech with a criticism of the disciplinary forms of organizing the knowledge. The word 'discipline' comes from Latin and means 'student instruction'. Discipline, in any sense of the word, is primarily focused on the production of carriers of this discipline, i.e. producing obliging, obedient, 'house-trained' subject before the beginning of cognition. Michel Foucault also felt that discipline requires a certain power, subordination, and hierarchy. In other words, discipline is a social institution, rather than a cognition mechanism.

The situation changed in the early 1970s when it was initiated from below, due to student protests against the essentialist approaches to teaching. By 1973, there were 7000 different interdisciplinary degrees in the US. In 2005, there were already 35,000 of them.

If we consider the standard definition of interdisciplinarity ('research and training that integrates information, data, technology, tools, concepts or theories of two or more specialized disciplines, to promote understanding of the fundamental questions or solve problems whose solution lies beyond the individual opportunities of disciplines'), we can distinguish 4 forms of interdisciplinarity:

The best research programmes in Western universities solve the following problems. First, the problem of identifying stress points between the different sciences. It is important to get students to consider the extent to which the whole structure of the existing science is valid and true. Second, we need to show that there is no absolute knowledge or absolute truth. Any knowledge is situational, historical, constructed in some way, and thus it can be deconstructed.

Of course, this approach destroys the old hierarchy of 'student – teacher'. Having demonstrated through a critique of disciplinarity that all knowledge is relative and socially constructed, we cannot be the bearers of already existing knowledge, we can only be its 'midwives, which is good. This is a colossal act of liberation, both mental, and if you like, even political.

The opponent of Professor Kapustin was Professor Mikhail Ilyin. In his view, the interdisciplinary approach is unnecessary. All good examples of so-called disciplinarity can be described either as 'transdisciplinary' or as a normalization of a discipline. In turn, the discipline is to tie our efforts in the search for knowledge with the efforts of our ancestors and those who will come after us. This gives meaning to our quest for knowledge within the framework of the discipline.

Professor Ilyin also shared his experience of teaching in the PEP programme: 'Our experiments with transdisciplinary programs face significant restrictions. We have to squeeze into the programmes and courses the content that is not completely aligned with student’s diplomas. We give them degrees of political scientists but teach them slightly different things. It's a creative challenge for the initiators of the programme because within the standard for political scientist we should educate a multidisciplinary professional who would be both a philosopher and an economist. In fact, not even a philosopher and not an economist, but an individual who has the ability to speak different languages of science and to be adaptable and flexible.' 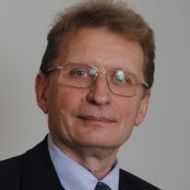 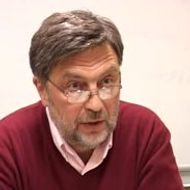