Staff members from the HSE Faculty of Social Sciences have made over 50 trips to international conferences in the past year. Alexander Kalgin, Lecturer at the School of Public Administration, shared his impressions about the International Symposium on Development and Governance in BRICS countries in Shanghai, and a visit to Guangdong University of Foreign Studies in Guangzhou to discuss a joint research project and to meet with representatives of the university administration responsible for international education cooperation.

Two sessions were held on the symposium's first day. The first featured reports on the BRICS coalition and global governance, raising issues behind the acronym BRICS – and whether it is built on common interests shared by the five countries or whether it is an artificial and unsustainable group of completely different countries. Some speakers were skeptical about this issue and defined BRICS as an artificially created formation.

The second session was dedicated to reports on the social and economic development of Brazil and measures for eradicating poverty in India.

On the second day of the symposium, speakers from four BRICS countries – Russia (including HSE staff members), South Africa, China and India - presented their reports.

‘I spoke about the results of the experiment based on assessing the tendency toward corruption among students on various different HSE programmes,’ says Alexander Kalgin, ‘Alexey Barabashev presented the report ‘Measuring Civil Servants' Performance in Russia: Theory, Existing Practice, and the New Top-Down Approach’ about approaches to measuring the effectiveness of government bodies and officials. The researchers from South Africa, Brazil and India were particulary interested in my study and offered to conduct a similar survey among students in their countries,’ continues Alexander. ‘The problem of corruption is relevant to all BRICS countries, and our research ‘Motivation in the Civil Service in Russia: Is the Negative Self-Selection Hypothesis Justified?’ also provoked interest among the participants. These research tools can be easily adapted to other countries, and we hope that international cooperation will help us conduct a cross-country comparison.’

The other two reports looked at attempts to estimate the scope of the non-profit sector in China and a citizen survey on the prospects for cooperation among BRICS countries in South Africa.

The report ‘Development Level of the Nonprofit Sector in China Through the Prism of International Comparison’ was delivered by Zhang Yuanfeng (School of Public Administration, Zhongnan University of Economics and Law), who actively cooperates with HSE staff members in non-profit sector research.

In Guangdong University of Foreign Studies the researchers discussed a joint Russian-Chinese project on to analyze municipal statistics. They agreed to create a research group in Russia and to engage Russian and Chinese teams of young researchers, students and doctoral students as well as a Chinese civil servant in the project. 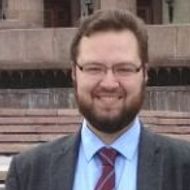 Alexander Kalgin
All news by the author
Topics
Research&Expertise
Keywords
Reporting an event partnerships
About
Faculty of Social Sciences, School of Political Science
About persons 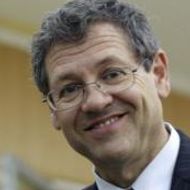