In the master thesis, led by Alexey Rotmistrov, Lubsana identified elements of paternalistic attitudes using principal component analysis in such a way that the results obtained coincided with the theoretical background. These elements contained trust in political institutions, the ability to influence politics, formal and informal political participation, the expectation of support from the state, as well as value orientations toward a strong state and conformity. Then the student moved to the cross-country comparison of paternalistic settings – the primary purpose of her work was the analysis of the paternalistic attitudes dynamics in Post-socialist and Western European countries.

Using the analysis of variance (AnOVa), Lubsana compared these factors across countries and received conflicting results associated with the intensity values of preservation, and trust in the state in individual countries. For instance, she found that France was highly distrustful of political institutions, and that people in Austria and Belgium had a low opinion of their ability to influence policy, and that the values of preservation were also weak among the people of those countries. After receiving the results, contrary to the original theoretical assumptions and derived hypotheses, Lubsana went to the construction of models using multivariate associations. The multivariate analysis of variance (MAnOVa) with factors included in it showed a more probable picture. Hence, the relationship of state confidence and support expectations with the ability to influence policy has proved to be significant for Post-socialist countries, namely, in these countries, with high expectations and trust in the state, there is a low assessment of opportunities to influence the political process, and with low political activity, the high importance of preservation values is demonstrated. Lubsana came to the conclusion that sociologists always need to rely on theory and common sense when building mathematical models; thus it is possible that some of the results can be mathematically correct, but are sociological controversial. In such cases, it might be right to think about using more complex methods of analysis (including taking into account the nonlinearity or multidimensionality of the required ties) or a combination of these methods.

The participants of the RSG got acquainted with the results of Lubsana's work with interest and at the end of the speech asked questions and commented on the improvement of the presentation, and wished Lubsana good luck in the upcoming defense. 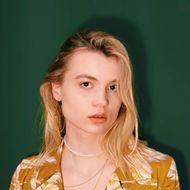