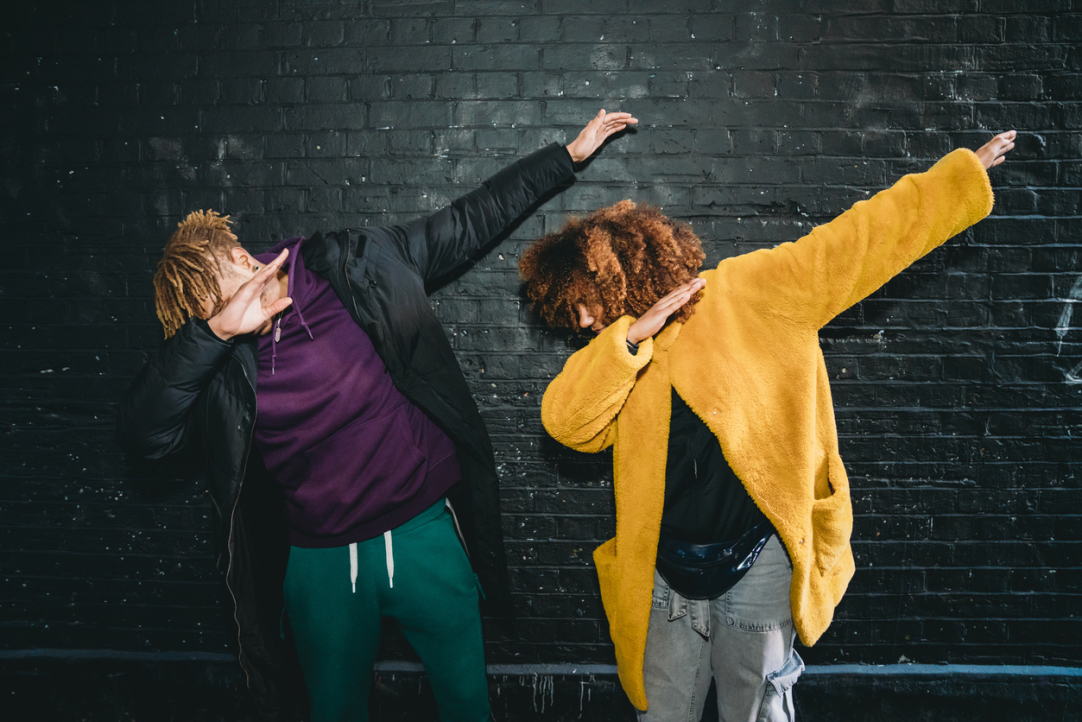 'I am the state' ('L'etat c'est moi') is a phrase attributed to French king Louis XIV. For Russian undergraduates today, the motto seems to be 'the state owes me'. According to many of them, the government must support younger people above all else, and this is what they understand by social justice. Read on to learn what else Russian undergraduates think about justice and why they are not willing to make sacrifices to achieve it, based on a paper by HSE political scientists Valeria Kasamara, Marina Maximenkova and Anna Sorokina.

Everyone wants justice, but few people have a clear idea of what exactly it means. Is it about 'taking wealth away from the rich and dividing it equally to everyone' or ensuring equal starting conditions? Or does it mean, quoting Plato, 'doing your own thing and not meddling with that of another'? Empires collapse in disputes over justice which, according to optimists, makes societies beautiful, but according to sceptics, 'a fully just society consists of only one person'.

This multifaceted concept has different interpretations across cultures. For example, Chinese and Koreans prefer an equal distribution of rewards, whereas Americans and Japanese value an equitable distribution of outcomes according to individual contribution. In Russia, people tend to perceive justice as social homogeneity with equality of opportunity rather than equality of income.

Surveys reveal that although Russians are faced with various inequalities, some are perceived to be fair and generally well tolerated. Thus, it is considered acceptable and even desirable that better-educated and better-performing individuals should earn more, as long as everyone is given an opportunity to make a living.

‘It is up to the government to ensure social justice’ is also a widely held belief in Russia. According to polls by the Public Opinion Foundation, 62% of Russians believe that social justice depends primarily on the government. This is particularly true of Russians aged 60 and older, of whom 69% expect some kind of assistance from the state. However, age is not an essential factor, because 57% of Russians aged 18 to 30 also tend to look to the state for assistance.

Following the general trend, university undergraduates in Russia share these paternalistic attitudes. The majority believe that ensuring justice is the state's responsibility: more than half are convinced that it is up to the authorities to adopt policies directed towards income equality (53%), decent employment for everyone (69%) and access to free healthcare (53%).

The researchers came to these conclusions having analysed the data from a survey of 6055 full-time students aged 16 to 24 in 109 state universities across Russia and from 51 focus groups with undergraduates in 12 Russian cities, conducted by the HSE Institute for Applied Political Studies.

The above attitudes are not unique to Russia. Younger Americans have been described as one of the most left-leaning generations ever, and according to Pew Research Centre's 2010 report, 53% of Americans aged 18 to 29 believe that the government should do more to solve social problems.

Russian students expect the state to provide social guarantees: 77% believe that supporting younger people should be a priority, while only 22% agree that the government should prioritise helping those who are unable to take care of themselves.

The researchers describe such attitudes as ‘individualistic paternalism’ which also extends to what students expect to be an ideal career for them. Although the majority dream of becoming business owners (74%) or getting a job with a private company (64%), they still expect subsidies and social guarantees from the state.

Looking back to Past

Some of the young people surveyed tend to have rather superficial and stereotypical ideas about justice. According to the study authors, the respondents struggled with citing specific examples of fair or unfair situations and preferred to describe both in general terms without going in depth, even when asked to.

Even though the respondents showed rather vague factual knowledge of certain periods from Russian history, most felt they could draw conclusions with confidence.

They referred to Russia's 'wild nineties' as a striking example of injustice and praised the Soviet Union as a paragon of social justice.

The young 'statists' predictably assume that everyone in the USSR was 'guaranteed employment after graduation, universal access to free healthcare and social equality'. When asked about historic events such as collectivization, 'dekulakization' (confiscation of property from relatively well-to-do peasants) and the incarceration of millions in the GULAG prison camps, most respondents find them generally unfair but are uncertain about their personal attitudes: 'Those were the times of Stalinist repression. Was it legitimate or fair? Difficult to judge from today's perspective, because it was the way those people were, it was a different epoch' (undergraduate, Nizhny Novgorod).

Many students surveyed admit to having limited knowledge of today's foreign policy issues but still believe Russia to be a stronghold of peace and justice worldwide. While young people tend to be proud of the fact that Russia supplies humanitarian aid to other countries, they also resent this fact, because being too generous with others can adversely affect the wellbeing of Russians, which is perceived as unfair.

But once the focus shifts to domestic affairs, the optimism dries up. Corruption, social inequality, restriction of rights and freedoms and unfair resource allocation across regions are the key areas of concern for the younger generation. However, even in discussing current domestic problems, many tend to rely on cliches rather than share personal beliefs or observations.

'The current reality is often perceived as unfair. But the examples of unfairness they offer are usually stereotypical and too generic', according to the researchers.

The surveyed undergraduates tend to describe government bureaucrats as people who do not deserve their offices, who exclude outsiders from their 'caste' and take bribes. Many respondents believe that corruption is a fundamental evil unlikely to ever be eliminated: 'Corruption has always been and always will be. It can never, ever be eradicated, no matter what system or solution is used' (undergraduate, Belgorod).

Many young people find the election process disappointing: 'I was an observer – or a volunteer, whatever it is called – at the recent elections to the State Duma. And I realised how terribly unfair elections are in this country. Even in our small, remote area, election observers struggled to counter fraud such as ballot-stuffing at village polling stations. I was really upset about it' (undergraduate, Nizhny Novgorod).

Other things which the respondents criticise include 'unfair punishments and inequality before the law' (between rich and poor, those in power and ordinary citizens), censorship and 'prohibitive legislation': Individuals have recently been tried and sentenced to prison terms for as little as posting pictures on social media. It's my opinion that overly strict control of social networks so that we are not allowed to express our opinions can have a negative impact on younger people in particular. They will think about moving out of this country' (undergraduate, Nizhny Novgorod).

According to the surveyed students, extreme social stratification is a key manifestation of injustice: 'I can see a huge and growing gap in Russia between the rich and the poor, increasingly affecting the latter's rights and living standards. The poor are getting even poorer' (undergraduate, Krasnoyarsk).

Another striking area of inequality is the way resources are distributed across regions: existing imbalances are perceived as unfair and trigger ambivalent attitudes towards the federal centre. Moscow is seen both as a city full of opportunities and a 'financial giant' draining resources from other areas.

'... [Moscow] is a sort of principality that only knows itself and grows itself. The [government's] policy is focused on Moscow rather than on helping the entire country fare better, because the capital city is given more importance than the others, and there is a lot of resentment towards Moscow because people [elsewhere in Russia] believe that their communities are neglected. [In Moscow] they ignore everyone but themselves' (undergraduate, Nizhny Novgorod).

The survey findings do not indicate a motivation to oppose injustice. Rather, the respondents are prepared to accept it, believing that justice is 'unattainable in principle' or 'impossible in a democracy/free market/capitalist system'.

While the government gets criticised, it is also believed to be capable of 'giving an impulse to the country's development'. Change is welcome, but the younger generation prefer to keep their personal comfort zone intact.

'Although 75% feel that Russia's politics and economy need reforms, they also insist that their own lives should not be affected in any way'.

The state thus needs to 'make things good and fair without disturbing anyone' – a task which requires almost surgical precision, the researchers comment. They also draw a few disappointing conclusions about the 'growing social immaturity' of younger people, their 'detachment from everyday political reality' and unwillingness to take responsibility.
IQ 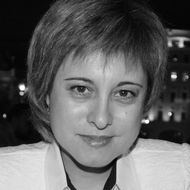 Svetlana Saltanova
Editor
All news by the author
About
Faculty of Social Sciences, IQ: Research and Education Website
About persons 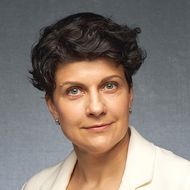 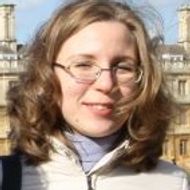 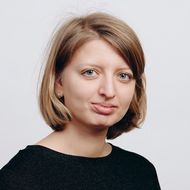