We cordially invite you to attend next meeting of Political Science Seminar Series that takes part on Monday, the 17th of September, at 18:10. Venue: 20 Myasnitskaya Ulitsa, room 101.

The language of the seminar is English.

If you need a pass to attend the seminar, please fill the form at and do not forget your passport. For additional information, please address Nikita Savin (nikita.savin@hse.ru) and Prof. Olga Malinova (omalinova@hse.ru).

Between the respected branches of political philosophy and the history of political thought, a pronounced gap exists revealing the study of actual political thinking in a society, the normal and the typical as well as the exceptional, the professional as well as the everyday. Political philosophers test ideas and arguments under laboratory conditions, aiming at clarifications or at improving the quality of debate and understanding. In offering normative guidelines for a good society, they frequently attain a degree of abstraction and quasi-universalism that puts them out of the reach of concrete political practices that attract the interest of social scientists. On the other hand, too many historians of political thought focus on exceptional individuals and texts, while overlooking the many vernacular patterns of political thinking that all societies produce at various levels of articulation. We are now, however, in the midst of a transformative ‘political turn’ that refocuses on core features of thinking politically, and distinguishes them from many of the concerns that preoccupy philosophers. Among others, philosophers rarely distinguish between studying philosophy and practising it; whereas in the domain of political thinking and political ideologies there is a fundamental difference between participating in political debate and expressing ideological preferences, in contrast to interpreting and exploring instances, characteristics, and patterns of political thinking.

The discipline of political philosophy has made vital and indispensable contributions to ethical investigation and experimentation, analytical and logical fine-tuning, and the promotion of values thought by many to be crucially desirable, such as justice, democracy and legitimacy. But at the same time, in too many universities, the space left to other genres and approaches has been constricted because political philosophy has crowded out other significant ways of theorizing about political thinking, often in a manner ill-suited to the study of politics and the political, and often in a non-pluralist manner.

A general misconception exists in the world of scholarship that politics is either about power, or consensus, or conflict, or authority, or legitimacy, or agonism, or oppression, or violence. But it is not about any one thing. It is about all of those, and other things too, but always in different mixes and weightings. I have contended that there are certain human practices, in evidence across societies and cultures, that are specifically practices of political thinking. They are universal, although they appear in very different forms, in local disguises and variants. They include (1) introducing finality into language and argumentation (irrespective of whether they relate narrowly to formal political institutions or not); (2) the ranking of collective priorities; (3) mobilizing support for collectivities or withholdingit; (4) the pursuit of social order or disorder; (5) constructing plans and visions for a shared social future; (6) using the power invariably residing in language in attempts to persuade, through reason, emotions, rhetoric and threats. All those practices are empirically observable and ubiquitous forms of human thinking, and they require investigation if we understand our role as scholars not just as recommending and prescribing, but as understanding and decoding, the many languages of the political, in the Weberian sense of Verstehen.

Advocacy versus interpretation, the role of emotion, the discontinuities and ruptures of political thinking, the input of conceptual history, and the unsteady development of a new political realism, have lately become themes of growing salience in analyzing the political, and they will play an increasingly important role in broadening the range of the discipline, alongside the highly prestigious but more conventional approaches that have hitherto dominated it. 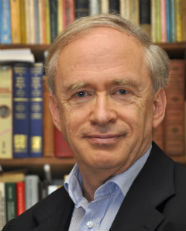 Michael Freeden is a Professorial Research Associate at the Department of Politics and International Studies at the School of Oriental and African Studies, University of London. He is also Emeritus Professorial Fellow at Mansfield College, Oxford. He is a leading theorist of ideology, and the founding editor of the Journal of Political Ideologies.