The next meeting of the Contemporary Issues in Political Science Research Seminar at the Faculty of Social Sciences will be held on December 5.

Subject: What Makes Dominant Parties Dominant in Hybrid Regimes? The Case of Russia

Why do people vote for dominant parties? Many focus on supply side factors, ways in which authorities manipulate the supply of political choices in favor of the dominant party, and discount the demand side, ways in which a party’s success depends on views of the electorate as to what type of outputs they want from the state. Analysis of voting decisions reported in survey data from every parliamentary election just before and during the United Russia Party’s rise to dominance in Russia (1995, 1999, 2003, 2007, 2011, 2016) confirms that we cannot ignore supply side arguments. But it also reveals a far greater role for demand side factors than is commonly recognized, with an important role for ideas about the market and right-of-center political positioning. The party also benefits strongly from economic performance and partisan attachment. Embedded experiments reveal that the “Putin effect” is weaker and United Russia’s distinct connections with voters stronger than usually thought, helping to explain why the party has endured much longer than many originally expected.

If you need a pass please contact Alyona Petrushenkova (apetrushenkova@hse.ru) before 5:00 p.m. on December 4. 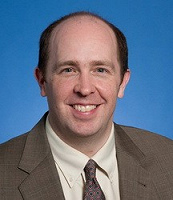 Henry E. Hale is Professor of Political Science and International Affairs, and Co-Director of the Program on New Approaches to Research and Security in Eurasia (PONARS Eurasia).

He has spent extensive time conducting field research in post-Soviet Eurasia and is currently working on identity politics and political system change, with a special focus now on public opinion dynamics in Russia and Ukraine.  His work has won two prizes from the American Political Science Association and he was awarded a Fulbright Scholarship for his research in Russia in 2007-2008.

Prior to joining GW, he taught at Indiana University (2000-2005), the European University at St. Petersburg, Russia (1999), and the Fletcher School of Law and Diplomacy (1997-98). He is also chair of the editorial board of Demokratizatsiya: The Journal of Post-Soviet Democratization.