The aim of this report is to thank the HSE first and, of course, to show our impressions about our tour to Ershovo. At the first glance, we understand how we were lucky when we got the invitation to spend a small holiday in Ershovo because we were not expecting all what really have expirienced in this place. Generally we do not how to thank the Higher School of Economics and our department in specific - not only for Ershovo occasion, but also for all its efforts that it always offers to us either international or Russian students, and also many valuable programs and activities that are not included in the schedule of other schools in Russia. Thanks to HSE, we got this amazing chance of the free visit Ershovo.

Ershovo is actually considered to be the one of the most expensive recreation areas that rich people usually like to go to and spend their holidays there. This is because of the location of this park in the area of forests and the fresh atmosphere around. Basically, this place is known as the former place of kings in the long history, and now they call it "Russian Swiss". It also was a strategic point to protect Moscow and other small cities from the enemies. This is showed from big statue inside of Ershovo, it looks as strong soldier with his gun. As what some witnesses tell us, this statue can be traced to the Second World War, especially there is mention the year 1945. 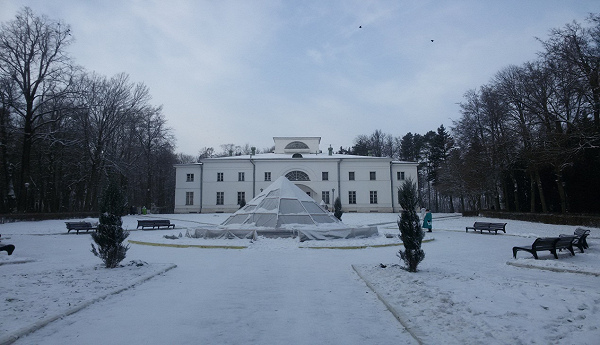 And how amazing it is, when you have wonderful adventure after stress of exams and school activities! Actually, when we took our ticket for four days in Ershovo, we did not have any information about this park. As we are international students, visiting any place in Moscow region will be enjoyable and exciting as well. The initiative of Ershovo from the HSE was definitely a good choice, and an amazing gift for non-Russians to get more knowledge about one of the best holiday areas in Moscow region. It was also a great opportunity to meet different student from HSE, from different departments. Most of them were international too. This was beneficial since we had involved in variety of discussions either about study courses or cultural aspects.

It is little bit difficult for international students who cannot speak or even understand Russian language, especially in the train or in the street in some way, to get to his or her target. This is mainly what happened to us when we were on our way from Moscow to Ershovo: we had mistaken to take a wrong metro station to get to the bus by which we go to Golitsino, and we do not know how and where we were supposed to go. We asked lot of people, but no one knew English. Suddenly, we met an HSE student, and he spoke English, it was as fallen mercy in time of sunset. That’s why we have said the HSE is everywhere and every time, to support us. The student did good job for us, he took us to train station far away from the place where we met him, and he waited till we bought our tickets and got in the train. It was wonderful moment for sure!

Coming back to the place itself, mostly all the services in Ershove were good. First of all, meals were there healthy and different, but the only problem is that they present the same meal every day, there is no innovation. Yet it was tasty and fresh. Furthermore, sport facilities were offered to us with all the conditions of security, they are also well-equipped. Swimming, gym, basketball and football are totally free. However, for skating, horse-riding and table tennis we had to pay some money, there is a charge for renting the equipment. Additionally, there was a full program with funny activities like cartoon and humorous films watching. Despite that they were in Russian language, we enjoyed ones a lot. Also, a Russian circus, with the magic show, animal animation, and funny dance took place in Ershovo, and that was absolutely amazing!

Generally, there were many excursions during our stay in Ershovo. Among them, there has been one on history of the old monuments in Ershovo region, the big church tour took place in the first day of our stay there. Unfortunately, the speaker was speaking Russian; it was difficult for most of us to understand perfectly what he explained. We had a Russian friend translating for us, but the we did not get the clear message. Another place, which is considered very important is Zvenigorod - it is a very small city in that region, but it's known for many great events in the Russian history had taken place there. We have have visited the Old River in the forest. Everything in this area is symbolized with historical and cultural aspects, which gives a foreigner a great feeling of Russian traditions.