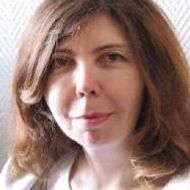 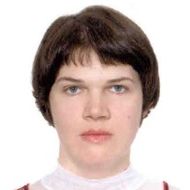 Deputy Head of the Department – Olga Khoreva
About Department

Department for Spatial Development and Regional Studies (abbrev. Department for regional studies) was created in 2012. The Department is engaged in training students in study on bachelor and master programmes, conducting scientific-research seminars on the issues of the clusters development, spatial economic and ecological systems, the formation of zones of industrial and innovative development, fiscal federalism, social and economic policy areas.

The lectures were provided within programm of academic mobility between HSE and Cardiff University. Professor Paul Milbourne Head of the School of Geography and Planning at Cardiff University and Lecturer of School Andrew Williams visited Institute for regioanl studies and urban planning and gave two lectures (Brexit and the agri-food system in the UK: from migrant labour crises to the possibilities of food justice by Professor Paul Milbourne and Religion, spirituality and addiction treatment: new critical perspectives by Dr Andrew Williams).
Education HSE guests open lectures conferences & seminars Reporting an event partnerships
May 31, 2017

Carol S. Leonard, Leading Research Fellow at the HSE Institute of Regional Studies and Urban Planning and Professor at the Faculty of Social Sciences, School of Public Administration, Department for Spatial Development and Regional Studies has been at the HSE since 2011. She talked to HSE News Service about the things she likes about her job, the cultured and energetic environment at HSE, and about the changes she sees across Russia since her undergraduate days when she first became interested in the country, its language and people.
On Campus international faculty ideas & experience
February 20, 2016

This book examines the history of reforms and major state interventions affecting Russian agriculture: the abolition of serfdom in 1861, the Stolypin reforms, the NEP, the Collectivization, Khrushchev reforms, and finally farm enterprise privatization in the early 1990s. It shows a pattern emerging from a political imperative in imperial, Soviet, and post-Soviet regimes, and it describes how these reforms were justified in the name of the national interest during severe crises - rapid inflation, military defeat, mass strikes, rural unrest, and/or political turmoil. It looks at the consequences of adversity in the economic environment for rural behavior after reform and at long-run trends. It has chapters on property rights, rural organization, and technological change. It provides a new database for measuring agricultural productivity from 1861 to 1913 and updates these estimates to the present. This book is a study of the policies aimed at reorganizing rural production and their effectiveness in transforming institutions.
Research&Expertise
January 09, 2016

In October 2015 HSE and GS Group signed an agreement to work together on educational initiatives. One of its priorities is a student project to create working models for a smart city. The results could be used to make innovational infrastructures for small cities in Russia.
Education students
October 28, 2015

The 2015 Thorvald Stoltenberg Conference on Arctic Urban Sustainability in Russia was organized by the Barents Institute at The University of Tromsø and the Arctic University of Norway and took place on September 24-26 in Kirkenes, Norway. The event was dedicated to sustainable development of Arctic urban settlements and addressed issues ranging from the analysis and assessment of natural and climatic processes to socio-economic and geopolitical factors and the models of development. Leading researchers from the universities of the USA, Norway, Sweden, Russia, Finland and Poland took part in the conference. The Research School of Regional Arctic Studies, organized by the Institute of Regional Studies and Urban Planning and the Department for Spatial Development and Regional Studies represented HSE at the event.
Research&Expertise conferences & seminars
September 24, 2015

From August 17 – 21, 2015, a regional conference of the International Geographic Union entitled ‘Geography, Culture and Society for Our Future Earth’, took place in Moscow. Ekaterina Mikhailova, doctoral student at the Department of Spatial Development and Regional Studies, and participant in the conference, shared some of the most interesting ideas she managed to discuss during the event.
Education students
August 17, 2015

Participants of the Grant ‘Governance, Community and Ecology: Responding to Challenges of Resource Development in the Circumpolar North’ Went on an Expedition to Kirkenes (Norway)

The main aim of the expedition, which took place from May 11 to 14, 2015, was to study the international experience of how municipal authorities solve the environmental, economic, and social problems related to intensive resource development in Arctic regions.
Research&Expertise research projects
May 17, 2015

From December 7 to 11, 2014, an international conference called ‘Borders in the Interface: bordering Europe, Africa and Middle East’, took place in Israel. Organized by Ben-Gurion University of the Negev in Beer-Sheva together with the EU’s 7th Framework Programme for Research and Technological Development, the event brought researchers from Europe, Asia, Africa, and America to present research on border cooperation and policies.
Education students
December 07, 2014

Ekaterina Mikhailova, postgraduate student at the Department for Spatial Development and Regional Studies in the School of Public Administration at HSE’s Social Sciences Faculty, received a scholarship from the EU international academic mobility project Triple I (Integration, Interaction, and Institutions).
Education students
November 03, 2014

Presentation of the report on the theme "Modern trends and risks in the development of resource regions of Russia" at the ERSA Congress of 2014 by Irina Ilina, Carol Scott Leonard, Evgenij Pliseckij

This report is a result of project made with the creation of an international team of researchers. The main aim was to assess the impact of the quality of governance on economic performance and well being in Russian regions, especially in resource one, from 2000 to the present.
Research&Expertise research projects
August 28, 2014
1 2