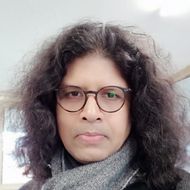 Brazil's Movimento de Trabalhadores Sem Teto (MTST, Homeless Workers' Movement) has grown dramatically in recent years. This growth was partly provided for by the use of a large government housing programme, Minha Casa Minha Vida (MCMV, My House My Life), which allowed the MTST to construct housing for its members and swell its ranks with thousands of new members. Yet some have argued that the MCMV programme used by the MTST may compromise the autonomy of civil society organisations. This article, by contrast, argues that while the MCMV programme encouraged bureaucratic practices, it also helped to promote the cultural politics of the MTST.

Struggles against eviction are key moments in the (re)production of informal housing in Brazilian cities, as they contest the uprooting and displacement of generally low-income families. While recent research has focused on displacement due to the World Cup and Olympic Games mega-events, this paper explores struggles against eviction that are less high profile, underscoring the distributed nature of evictions in processes of urban change. Drawing on long term fieldwork, this paper examines three cases of struggles against eviction in different cities in the southeast of Brazil. This comparison highlights the everyday contestations that take place across varied geo-political terrain; the morphological constraints and opportunities for collective action of building as opposed to land occupations; the punitive and cooperative state logics with which threatened communities must engage; and drawing on recent attempts in geography to combine theorisations of territory, place, network and scale, contributes to understanding the polymorphy of spatial struggles in contemporary Brazil.

The report prepared by the  Laboratory for Anti-Corruption Policy (LAP) of the National Research University "Higher School of Economics" is devoted to the analysis of ethical aspects of governance in the public and corporate sectors. A common trend in the implementation of regulatory decisions taken by the leadership of the country and implemented in the public interest is the attempts to transform these goals by individual executors in the direction of bureaucratic, narrow departmental and career goals, and in the case of enforcement by unscrupulous officials - often corrupt.

This Article seeks to examine the idea of ‘protection’ which was developed in 19th century positivist legal thought in the attempt to expand the imperial interests of European nations during the colonial period. In particular, this Article unfolds how the notion of protectorate was subtly implemented by British rule with the aim to subjugate the Kingdom of Kandy in Sri Lanka in 1815. The British Empire took advantage of the internal disputes existing between the Sinhalese Kandyan aristocrats and the King (originally from South India) for imperial reasons.

The idea of state of exception and sovereignty presented by Italian political philosopher Giorgio Agamben in the aftermath of post September 11 context generated a new discourse in the realms of public law and political philosophy on how law and its protection becomes invalid under state of exception as Agamben showed how suspension of constitutional liberties within so called state of exception legally erases any status of an individual regardless international legal or constitutional norms. However, this article seeks to examine how Agamben had excluded the nature of state of emergency doctrine in colonial societies under European colonialism, where emergency regulations were frequently adopted by colonial masters in subordinating the colonized and at the same time this article will focus on the racial element appeared behind enacting state of emergency in both colonial era and modern states. The objective of this article lies in underpinning much important, yet neglected two factors in whole state of emergency scenario. The results emerging from this article will demonstrate how Eurocentric academic thinking has abandoned some real pertinent issues in constructing the notion on state of emergency

It would not be an exaggeration to remark that China’s Belt and Road Initiative (BRI) has created a dazzling discourse in academia since its inception in 2013 and that the number of papers, books and monographs written on this gigantic project have shown the good, bad and ugly side of a BRI that encompasses around 70 per cent of the world population. Yet, the Chinese vision of reviving its historical legacy of the silk road and Xi Jing Ping’s dream of China’s participation on the global stage have not received quite the favourable reception it expected around the world with its implications being treated in some quarters even with a strong sense of scepticism.

This article explores how the western concept of “organic agriculture” has been applied in the traditional Chinese tea industry and how it has been tested during the COVID-19 pandemic. Using in-depth interviews and observations made during 2017–2020, we analyzed different meanings of organic agriculture and values that were given by Chinese farmers who are certified organic producers. Although organic agriculture, particular certified by international certification standards, is a foreign concept, producers invested efforts that go beyond the commercial pursuit for profit. Most importantly, the combination of the reiterated cultural meaning and health benefits of the certified organic tea with the visionary strategy has allowed these producers to shift in a timely manner from export to domestic markets and adapt to the pandemic’s barriers presented to the global trade.

This article explores how the western concept of “organic agriculture” has been applied in the traditional Chinese tea industry and how it has been tested during the COVID-19 pandemic. Using in-depth interviews and observations made during 2017–2020, we analyzed different meanings of organic agriculture and values that were given by Chinese farmers who are certified organic producers. Although organic agriculture, particular certified by international certification standards, is a foreign concept, producers invested efforts that go beyond the commercial pursuit for profit. Most importantly, the combination of the reiterated cultural meaning and health benefits of the certified organic tea with the visionary strategy has allowed these producers to shift in a timely manner from export to domestic markets and adapt to the pandemic’s barriers presented to the global trade.

International Relations (IR) and political theory scholarship today is mainly constructed by the narratives of western civilization. From the Greeks to the biopolitics of Foucault, the theories we reverently study are confined to the discourse coming from one civilizational root, which curtails the ability of scholars to appreciate the founding principles of statecraft and diplomacy practised in non-western civilizations. It is in this context that Deepshikha Shahi's Kautilya and non-western IR theory is a welcome addition to the literature. This selective academic amnesia becomes rather poignant when considering that, while the Peloponnesian war and its chronicler, Thucydides, are placed at the birth of realist IR literature, Kautilya's Arthashastra is bracketed somewhere along with the medieval genius Machiavelli, though they are set apart from each other by a millennium and a half. Shahi's book unfolds, with great elan, the deep legacy of political–legal philosophy which existed in Mauryan India more than two thousand years ago.

In the late 1990s and early 2000s, democratically-minded scientists built the institutional framework for forensic expertise in the humanities and contrib- uted to setting the boundaries of freedom of speech, actively cooperating in this with law enforcement agencies. This was due to the idea of these experts about the danger of 'Russian fascism' (neo-Nazism) and about the required civic stance of a scientist. In this, democratic science sided with the state in its disputes with conservative-nationalist circles, often clashing in courts with conservative academics who defended nationalist views in the courts. As a result, at this time, the institution of special forensic examination was formed as a whole and research methods appeared, which were based on the experience of conducting such examinations. In the second half of the 2000s, the institution of expertise was intercepted by representatives of conservative science with the active participation of the state. Apparently, it was no co- incidence that this coincided with the emergence of special anti-extremist legislation, which began to actively narrow the space for freedom of speech. As a result, part of the academic community not only participated in the application of anti-extremist legislation, but also contributed to its scientific legitimation. Then the parties actually changed places: if in the first period representatives of the democratic community were on the side of the accusa- tion, now in the new conditions they are on the side of the defense against representatives of conservative science who actively support the position of the state. Thus, the article focuses on this interception of the institution of special forensic expertise, initially created in cooperation between civil society, the academic community ('provincial science') and the state, and handing it over to political opponents in 'native science'.

The creation of a multitude of public consultative bodies was one of the aftermaths of the administrative reform in Russia. Yet, the real impact of such advisory bodies on policy- making is weak. In this paper, we look at those organizations in Saint-Petersburg, Russia, to investigate the possible causes of such a situation. In order to achieve the ai, of the study, the legal base of more than 40 public consultative and advisory bodies under the city governor, city government and its committees has been analyzed. Based on the results of the analysis, we present the descriptive statistics of their composition and their estimated openness score. For deeper investigation, we have conducted interviews with the repre- sentatives of 7 advisory bodies and respective bodies of the city administration. As a result, a number of key problems with those advisory organizations’ activity were identified, including the lack of influence of members of councils on the current agenda, lack of feed- back from authorities, lack of openness of these public bodies. We suggest that possible causes of those problems could be communication issues and unbalanced composition of these organizations, including predominance of status persons among members.

This article contributes to the growing body of research on the increasing role of judicial systems in regulating politics and religion (‘judicialization of politics and religion’) across the globe. By examining how academic expertise is deployed in anti-extremist litigation involving Russia’s minority religions, this article reveals important processes involved in this judicial regulation, in particular when legal and academic institutions lack autonomy and consistency of operation. It focuses on the selection of experts and the validation of their opinion within Russia’s academia and the judiciary, and identifies patterns in the experts’ approach to evidence and how they validate their conclusions in the eyes of the judiciary. Academic expertise provides an aura of legitimacy to judicial decisions in which anti-extremist legislation is used as a means to control unpopular minority religions and to regulate Russia’s religious diversity. As one of the few systematic explorations of this subject and the first focused on Russia, this article reveals important processes that produce religious discrimination and the role that anti-extremist legislation plays in these processes.

Modernizing reforms in Russia carried out under the banner of “Westernization” and “Europeanization”—and this has been their character throughout history—tend to treat modernization as a technical process, ignoring institutional transformations, not to mention the democratic values embedded in the modernization project. The implementation of educational reform in Russia thus raises a question: How does the incorporation of Russia into the system of international higher education affect academic rights and academic freedom? Can integration into that system by itself guarantee academic freedom within the Russian academy? To answer this question, one must first understand the role academic freedom played in Soviet scholarship and education.

This study focuses on different forms of civil memory activism and their broader consequences in two neighboring powers in the South Caucasus: Turkey and Russia. Civil memory activism is crucial not only for opening up a novel space for dealing with the past but also for strengthening civil society and non-state initiatives. Moreover, the notions of justice and truth that are very much at the heart of these forms of commemorative activism reveal tensions among the concrete demands of different stakeholders in the context of initiatives for reckoning with the past.