Please, meet Commando Jugendstil (Laura Carolina Zanetti Domingues and Guglelmo Miccolupi). They are a small collective of Italian solarpunk creators who aim to conjugate green technology and art to make cities a better place to live in and build creative communities.

The Department of Public Policy had hosted an important event, 18 May, 6 pm, on zoom, while we are having a heat wave in Moscow – about Climate Change. That’s why we have invited two Italian-British scientists from Reading University to introduce a Solarpunk. So far they have written short stories for Mamut Magazine n° 6 (Eco-logos), the independent UK publisher Bear With Me Books, and the anthologies "Glass and Gardens: Solarpunk Summers" and "Glass and Gardens:Solarpunk Winters" by WorldWeaver Press, and designed artwork for Mamut Magazine n° 6 (Eco-logos), Optopia Zine vol. 1 and Ecología Política n° 57 (Las artes y la ecología política), among other things.  Their members are invested in climate justice activism and are part of Earth Strike UK. They have recently won an EU grant to use solarpunk speculative design to help communities plan and enact their sustainable futures - if all goes well then a solarpunk reality may not be too far away. 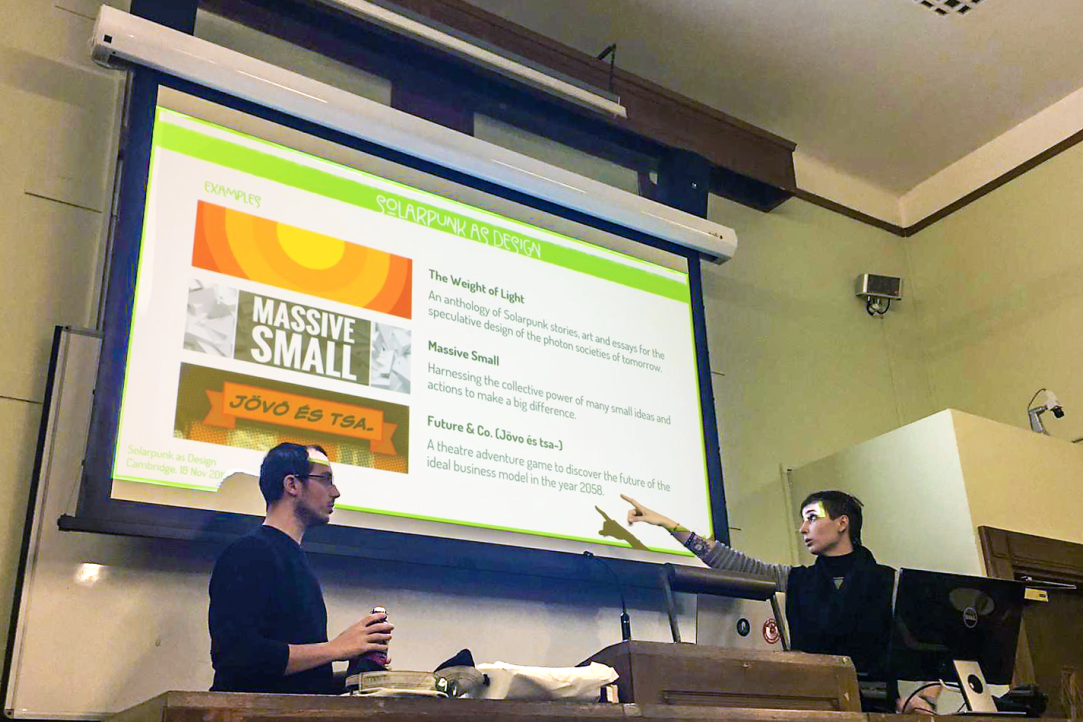 In the short lecture we will try to answer these questions, introducing Solarpunk as a design tool.

After a short introduction on the just transition and its pivotal role in the fight against climate change, Laura and Guglelmo explained how we can use participatory design and backcasting as a tools to enable people to imagine their version of the sustainable future and why it is important. They also described a number of examples, including their own projects, to show how the theory is translated into practice and what can be done starting from tomorrow. 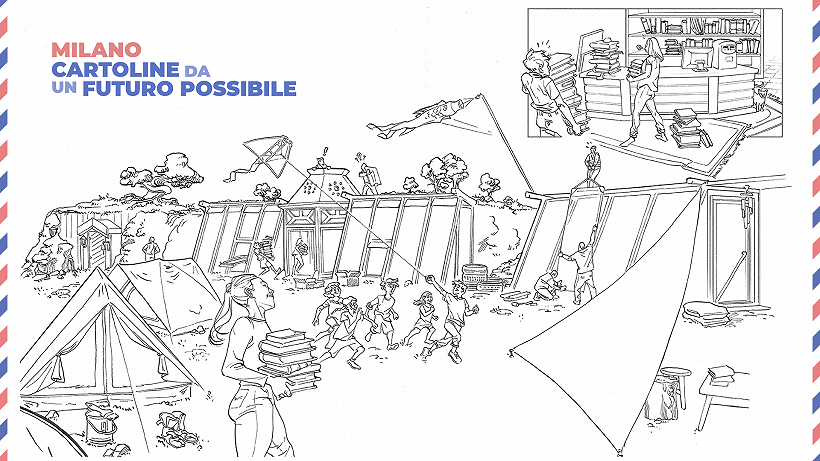